Marine Life in Focus…giving you a snapshot of species found in Western Australia.

This sausage or cucumber-shaped animal is known as a sea cucumber. It belongs to a group of animals known as ‘echinoderms’, meaning spiny-skinned, which also includes sea urchins, brittle stars, feather stars and sea stars.

Echinoderms have a skeleton consisting of hard plates under the skin, giving it a spiny texture. They are ‘radially symmetrical’ – which means their body can be divided into radial parts, like rays extending out from the centre. Echinoderms also have water-filled ‘tube feet’ which may be used for moving around, breathing and collecting food. 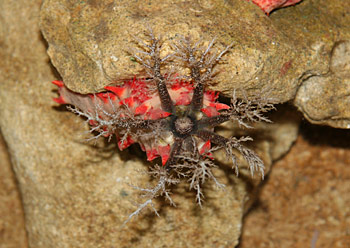 Sea cucumbers lie on their side on the sea floor and move using their tube feet or by squeezing up and then stretching out their bodies like a caterpillar.

Many sea cucumbers feed by sucking sand through their mouth and filtering out any organic material for food. The clean, filtered sand is then expelled out through their anus. If you are snorkeling or scuba diving, you can often see these trails of sand, which look like squirted toothpaste, being left behind.

Other sea cucumbers feed using tentacles around their mouths, which are actually modified tube feet. The tentacles extend to pick up plankton and other organic particles of food before passing it into their mouths.

Did you know?
If threatened, some sea cucumbers will spew out their intestines from their anus, which they can then regrow. 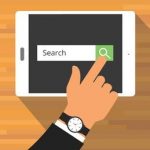 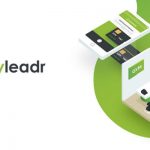 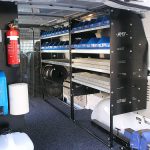 How to make van shelfs?